Home » Tour » Mary J. Blige And Maxwell Will Hold Court On The ‘King And Queen Of Hearts’ World Tour 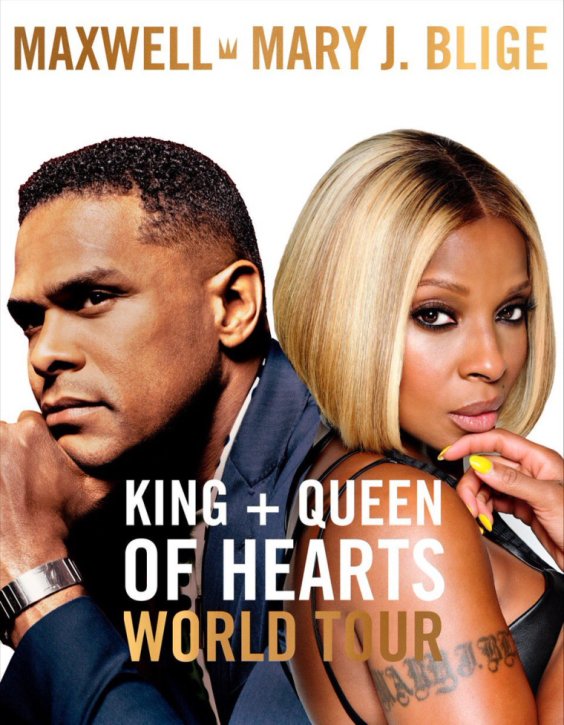 Hear ye, hear ye, the King and Queen request your attention! Two of the hottest and biggest names in R&B are coming together for a joint tour.

Maxwell has announced the King & Queen of Hearts World Tour with Mary J. Blige kicking off in October 2016! We’ve seen each artist individually, so we can tell you that if you love R&B music, this is a MUST SEE show.

Sure, we could say that they naming this tour as such could be a bit boastful, but let’s face facts here, MJB IS the Queen of Hip-Hop/Soul, and there’s no doubt that Maxwell is one of the reigning kings of R&B, even after he disappears for some years. But what can you expect on the tour, a lot of heartfelt singing and sheer seduction.

With the recent split between MJB and her husband, you already know she’s going to put a little bit of extra emotion into her already charged up woman anthems. Maxwell’s latest album ‘blackSUMMERS’night‘ has just been another notch in his “slide the panties right off” belt.

Their tour is set to kick off overseas in the fall, before it comes states side in North America. Ticket sales for the US shows go on sale this Friday via Ticketmaster. Get the full list of tour dates below.